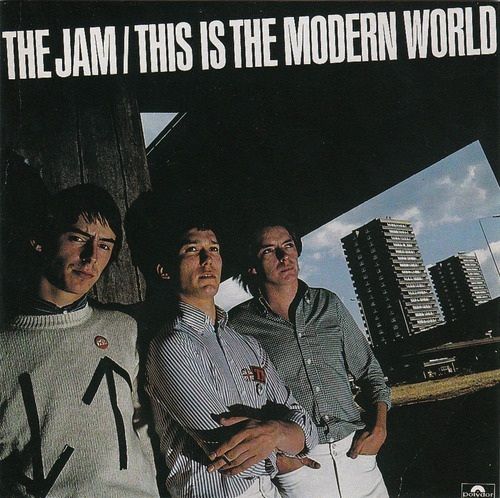 This Is The Modern World

The Jam exploded onto the punk scene in 1977. Led by guitarist/singer Paul Weller, a young, sharp suited mod, who was inspired by Otis Redding, Dr Feelgood, The Who and the Sex Pistols in equal measure, with bassist Bruce Foxton and drummer Rick Buckler they delivered their ferocious mission statement – In The City. The song hit the Top 40 and fanfared the arrival of a three piece that would over the next five years produce six studio albums and 18 singles including four Number 1s. While their punk contemporaries faded away - The Jam went out with a bang, at the very, very top. Such was the enormity of their split that it even made the TV news.

And their influence is still as strong today, 30 years after that thrilling debut. After spawning the mod revival with bands like The Chords and The Purple Hearts, they laid the foundations for Britpop (bands like Blur and Oasis crowned Weller the Modfather) and their music can now be heard in the sounds of Arctic Monkeys, Graham Coxon, Dirty Pretty Things, Babyshambles, The Ordinary Boys and Hard Fi. Even hip hop producer Mark Ronson has just covered Pretty Green (from Sound Affects).

Now, to celebrate the band’s 30th anniversary, we present the classic albums in exact replicas of the original vinyl editions.

This Is The Modern World
Their speedily conceived less spiky, more melodic 2nd album appeared just six months after their debut and although feeling a little rushed in places, it revealed a lyrical progression and maturity with songs such as the impressive Life From A Window and the blazing single, The Modern World, Weller’s powerful statement of intent.

A must-have for all Jam fans and music collectors!