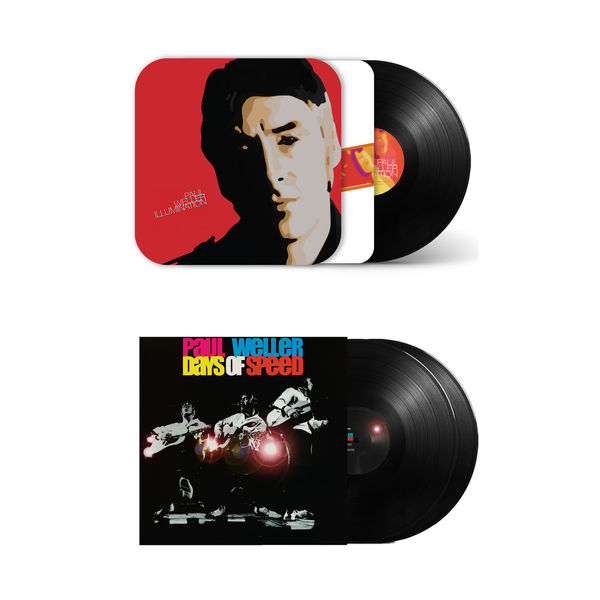 Days Of Speed is an acoustic, double live album featuring songs from across Paul’s career including The Jam classics; That’s Entertainment and Town Called Malice, The Style Council’s Headstart For Happiness and Down In The Seine and solo hits, You Do Something To Me and Wild Wood.

Paul’s sixth solo studio album, Illumination was originally released in September 2002, and is Paul’s second solo number one, it includes the hit singles It’s Written In The Stars (no. 7) and Leafy Mysteries (no. 23) and features guest performances from Carleen Anderson, Jocelyn Brown, Kelly Jones and Noel Gallagher.